The Philippines is one of the fastest growing countries in Asia, but unfortunately economic growth (and the accompanying development opportunities) is not shared by all Filipinos.

As the Philippines transitions from an agricultural to an industrial economy, access to capital may be available for those participating in the new service and manufacturing sectors. However, 66% of the country is unbanked, meaning they lack access to banks, financial services that banks provide and the opportunities that access to capital creates.

This leads to a stark contrast in the quality of life between Filipinos in the countryside, where the poverty rate is close to 36%, and those in urban areas with jobs in the services and manufacturing sectors. 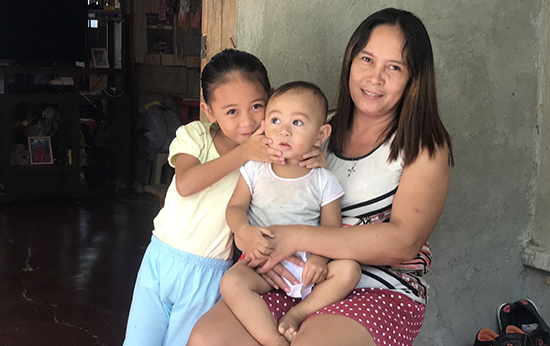 In addition to the challenges around financial inclusion, climate change and natural disasters raise the risk for a majority of residents on the 7400+ islands. In 2013, Super Typhoon Haiyan, or Yolanda as it was locally known, was recorded as the strongest tropical cyclone ever to make landfall anywhere in the world. Just three weeks before Super Typhoon Haiyan struck the region, Bohol, an island located in the central part of the country, was hit by a powerful earthquake. It was the deadliest earthquake in the Philippines in 23 years. The combination 2013 earthquake and typhoon was by far the biggest natural disaster to hit the country in terms of the number of people affected and the total cost of damage, according to the International Disaster Database.

In 2014, a group of returned Peace Corps volunteers from the Philippines suggested that Wisconsin Microfinance could replicate its success in Haiti by opening a program in the Philippines.

Wisconsin Microfinance worked with VICTO, a regional credit union out of Cebu to set up the Wisconsin Microfinance Program on the island of Bohol. The program was designed to help the communities of Loon, Pitogo Island, Carmen and Loay. Six month loans of roughly $100 each were made to individuals who were each part of a support group. The target audience was female entrepreneurs or business owners whose businesses were destroyed by the natural disasters. The program design envisioned a revolving loan fund that offered first, second, third and fourth round loans. A loan recipient could take out a second or subsequent loan if all members of her support group had paid back their previous loan.

Microfinance is not charity. It is business: business with a social objective, which is to help people get out of poverty.